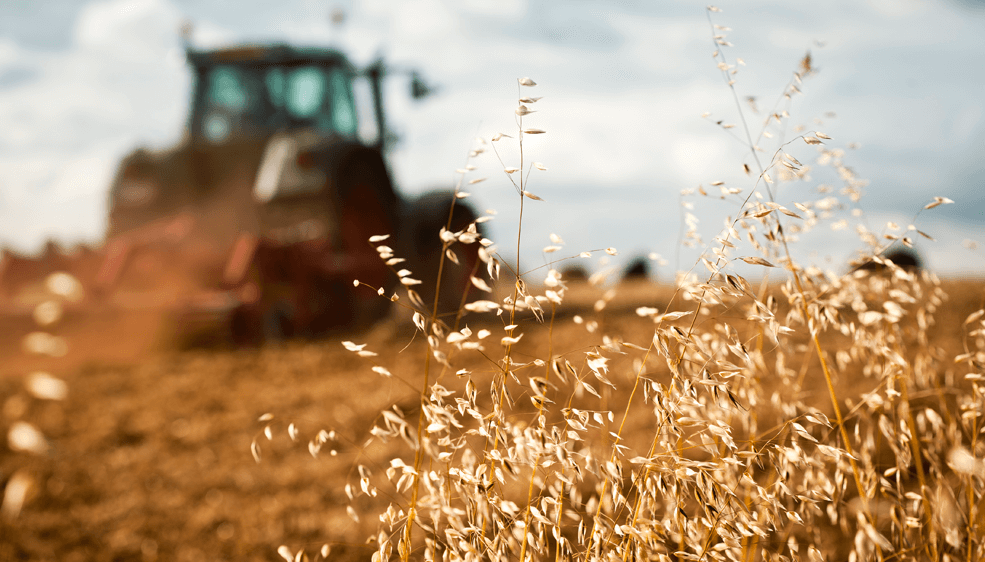 Conor Mongey is the coordinator of the Sow Far Sow Good project at Cloughjordan Community Farm. The farm is a member-owned and operated Community Supported Agriculture initiative in Cloughjordan Ecovillage, Co. Tipperary. It is set in 67 acres of land which is dedicated to ecological housing, woodland and active food production. The ecovillage is home to approximately 55 households along with a hostel and a number of non-profit educational enterprises. Their European Solidarity Corps project Sow Far Sow Good ran for 12 months, and had a budget of €49,761. We spoke to Conor about the incredible impact that project had, not only on its volunteers and farm, but on the wider Cloughjordan community.

What determines a project’s success? Development at micro level? Advancement at macro level? Personal growth? Professional growth? Growth in any respect at all? If only it was that simple! As each project has a unique set of aims, each ‘success’ is measured differently, so there is no definitive answer to that question. However, if you burrow to the heart of Sow Far Sow Good, you’ll find a particularly impressive example of a project with true impact.

Cloughjordan Community Farm hosts longer-term ESC volunteers, and as Conor says this allows them to “get a full life cycle of a growing season, get to know what’s in the community better and become more integrated into it, rather than just arrive for two weeks at a time and never really get a good induction. As opposed to starting from scratch every time with volunteers and having to introduce them to the community… by having four people there already, it means we could do a better handover and then they could do more peer-to-peer learning.”

On the surface, the Sow Far Sow Good project focused on the promotion of a healthy food culture, the importance of a local food supply and the strengthening of social ties, but dig a little deeper and you’ll find more. The project also aims to nurture the personal passions of its volunteers – the results of which can be felt far outside the farm gates.

“The project exceeded our expectations in lots of ways, but mostly what we really focused on in the Sow Far Sow Good project was developing personal projects for the volunteers,” Conor explains while reflecting on their experience at Cloughjordan Community Farm.

With the benefit of hindsight and the memory of past projects still clear in his mind, Conor recognised the importance of identifying volunteers’ passions at the earliest opportunity. This allowed all those involved to support the volunteer’s pursuits and ultimately reap rewards as a community.

“Now we see the unexpected outcomes to be the most interesting for the project. There are so many more benefits for us as an organisation and for the young people in question,” he explained, before highlighting three specific mini-initiatives born out of the initial Sow Far Sow Good project.

“Two volunteers were really interested in natural building. We paid for them to go and do external training on building a cob oven for the community on the farm. So, they went and did training and then they came back, and we had another trainer in town who helped them realise it on the ground here. So, with the other volunteers, they built this amazing cob pizza oven which is now the centrepiece of a lot of social activities. “

“It always was a centrepiece for social activities, but now it’s got this added value, and it meant the new volunteers who came in afterwards also got to help finish it off and work on it.”

Next came the impromptu establishment of a kindergarten which drew young and old members of the community towards the farm! Discussing how it came to be, Conor explained that the arrival of a couple and their four-year-old daughter acted as the primary catalyst. They were both very driven to be part of the project. So, speaking with [the mother], what we devised was that we would set up a farm kindergarten. So once a week, the woman, her daughter and a bunch of others including myself and other local parents would come down and have our kids on the farm for a couple of hours learning and running wild in nature.”

“[The mother] helped nurture that space and she was a really good artist, and all the parents worked together, so that also had a great outreach in the community because it brought a bunch of young parents together. We couldn’t have foreseen that; we couldn’t have written that into the project!”

And from cob ovens and kindergartens to community cookbooks!

“Another one of our volunteers was really interested in local food, so she came up with this Cloughjordan Community Cookbook,” Conor reveals. “The idea was to help our members to make the most of the vegetables we’re producing, particularly in winter when there isn’t necessarily that much of a selection; how to use them, the veg we have at that low time of year.”

“So, with the help of a bunch of volunteers and a publisher in the town – using other people in town, we call them technical mentors – she devised this amazing cookbook. It was a real collaboration, involving intergenerational volunteering and members of the community.”

This kind of collaboration and strengthening of social ties contributed to the success of Sow Far Sow Good. As Conor explains, the engagement which takes place between volunteers and members of the community is massively reinvigorating.

“Our community, being a small rural community, often misses out on this Youth demographic in town because a lot of them finish school and head elsewhere. So, one of the things we always say is that [the volunteers] really come and kind of augment our community of young people in town.”

“It adds that extra energy that adults with young kids wish we still had! There are new chances to create these collaborations between different entities in the community through their interests.”

And while these mini-initiatives had a huge impact on the personal and community levels, it’s important to remember that the improvement of the farm remains the volunteers’ primary focus throughout their time on the project.“

These initiatives were on top of the support they give our mostly community-run farm, which is the main project itself!” Conor laughs. “They’re always making improvements down there, giving their energy, supporting our farm team – that’s the main project.”

“I always go off on these other little tangents, but for us that’s the most important contribution that they make really, and everything else is just a bonus!

Performance cookies are used to understand and analyze the key performance indexes of the website which helps in delivering a better user experience for the visitors.

Analytical cookies are used to understand how visitors interact with the website. These cookies help provide information on metrics the number of visitors, bounce rate, traffic source, etc.

Advertisement cookies are used to provide visitors with relevant ads and marketing campaigns. These cookies track visitors across websites and collect information to provide customized ads.

Other uncategorized cookies are those that are being analyzed and have not been classified into a category as yet.